The Pareto Principle And Your Frederick Company’s Work Cycle 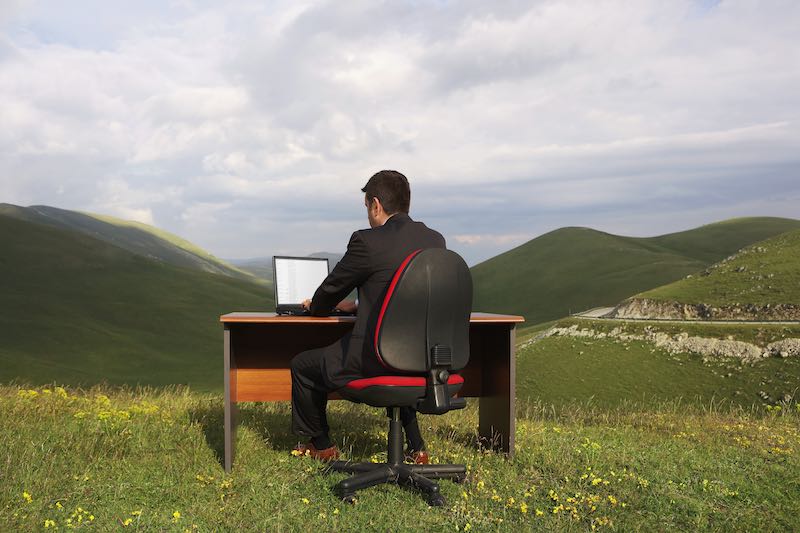 Slogging through the summer, and with the weather still hot, it can be real tempting to sort of press cruise control for the month of August until Labor Day hits us, and *then* really put that nose to the grindstone.

But could it be that a rhythm of working a little less might actually make you more productive?

It’s a pretty counter-intuitive notion, but the reality is that we Frederick business owners entered into this venture for many reasons … and I know that for many of us, prime among them was this notion of freedom.

But too often what we thought would mean freedom instead leads us into a kind of slavery that we never could have predicted.

The notion of “80/20” (the Pareto Principle) is something worth studying when you are caught in this cycle of relentless *work*. And I hope to give you some inspiration to that end today.

The Pareto Principle And Your Frederick Company’s Work Cycle
“Everyone is trying to accomplish something big, not realizing that life is made up of little things.” -Frank Clark

There was a recent book that changed a lot of minds about management, and it’s worth checking out. It’s called The 80/20 Manager by Richard Koch, and in it the author cited a fascinating experiment on the subject of “forced time off”:

“…(Boston Consulting Group) consultants were obliged to take one day and one evening off, during which time they were not allowed to use email or voice mail…I’m sure you can guess the results. The teams who were forced to take days and evenings off rated higher not just on work-life balance but on job satisfaction, learning, personal development and open communication within the teams. Moreover, their clients reported greater value delivery than the clients of the control groups. Empirical proofs that less really is more.

“I’m waiting for someone to have the courage to test what would happen if a team is forced to take off two days… then three, then four. Let’s see what happens when they work just one day and one evening each week.“ (page 174)

The Perlow & Porter experiment cited above (and further detailed here: http://hbr.org/2009/10/making-time-off-predictable-and-required/) hints at why this is so profoundly true. Faced with the constraint of having to take time off, the consultants at BCG suddenly found themselves having more discussions about HOW work was being done and fewer conversations about WHAT work was being done.

“People were initially skeptical about spending so much time looking at work processes. But in the end, most teams found it helpful. The check-ins not only allowed teams to engage in explicit conversations about achieving their time-off goals, but they also sparked valuable discussions–involving the whole team–about priorities, expectations, and problems people were facing.

“By contrast, in typical teams, consultants generally start talking about problems only when they are already overstressed and less able to think rationally or do much about them.”

Re-read that last sentence. The always-on, smartphone-addicted lifestyle of the average Frederick business owner makes it LESS likely that you will think rationally about the strategic decisions you need to make in your business.

But forcing yourself to take time off, one evening a week, then one day a week — and perhaps yes, as Mr. Koch recommends, even 4 days a week — will force you to make clearer, more strategic decisions.

It’s an equation that seems to violate everything we’ve been told about work … we’ve been told that you work your tail off, lay aside a bunch of profit and then some beautiful day in the future, well,  you’ll be able to work less.

But could this entire paradigm be wrong?

“Working less = earning more” is an equation that I have come to believe must be considered by the digitally-connected business owner who wants to take their Frederick business to the next level.

So, take one day off next week as a test. I wonder what would happen?

I’m grateful for our partnership, and dedicated to your success.

Feel very free to forward this article to a Frederick business associate or client you know who could benefit from our assistance — or simply send them our way? While these particular articles usually relate to business strategy, as you know, we specialize in tax preparation and planning for Frederick families and business owners. And we always make room for referrals from trusted sources like you.